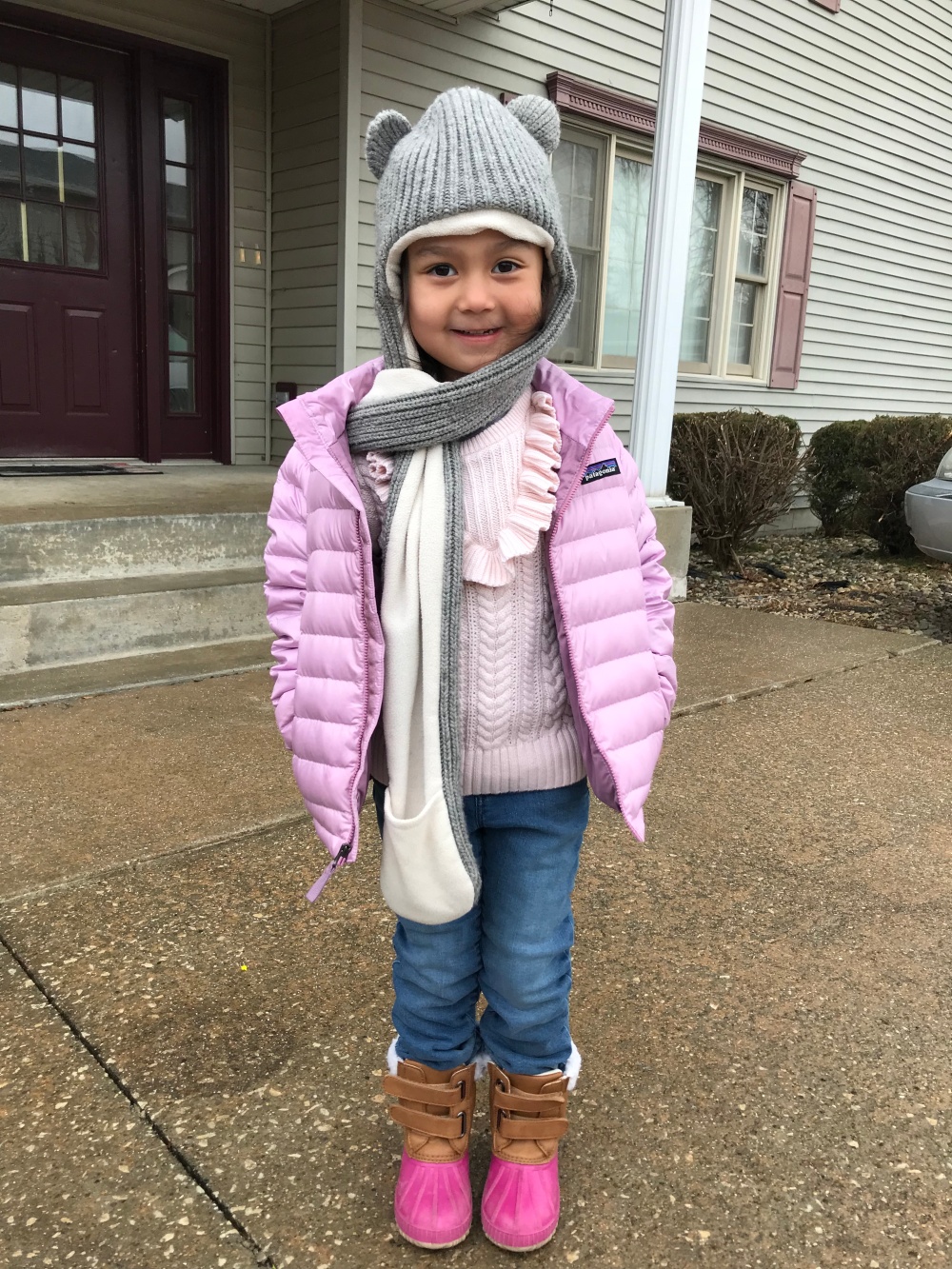 So the packing and moving were .. a crazy process on their own — I don’t think I even want to think about it right now.

We arrived late last night and I’m still exhausted from the last several weeks. I’ve got a headache that won’t quit, and I’m feeling awfully nappy (my hair, btw, also looks nappy). Its too icy out for me to comfortably want to drive to run errands (pet store and the market), so we’re waiting for Parish to get home for that. Neither Postmates or Doordash or Ubereats delivers to this small town we’re staying in, so luckily Parish had some pasta and sauce in the pantry! Isla and I did take Bailey out on a short walk where she was happily pretending to ice skate on the slippery sidewalk while I felt bad (and had to giggle) at Bailey slipping and sliding on the same ice covered sidewalk.

Anyway, the dog is now passed out on the couch after PEEING in this temporary apartment several times and causing major frustration this morning. I think he’s having a hard time understanding what’s happening, especially after his very first anxiety-filled  airplane flight yesterday. Isla has stuffed her face with mini-marshmallows while sipping on some hot cocoa. I’ve set up her pop-up spaceship so after we took a quick trip to Jupiter, she happily hung out in there with some toys. She watched some Netflix from the comfort of her spaceship while I snoozed on a the couch early this afternoon too.

The upstairs neighbors are very loud. There is no sound dampening material in these ceilings or walls. Their TV is loud. They play music loud. They play video games loud (currently some driving one, I reckon). They speak loud..ly? They are definite stompers. I forgot what apartment-living was like! I’m hoping we get a house and are out of here soon!

Overall happy to be all together again though. 🙂